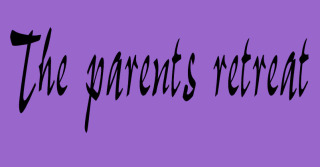 The place for parents of all ages. For information, advice and support about everything to do with becoming a parent, from trying for baby, pregnancy, labour and birth and watching our little treasures develop and grow. Come and share the journey with us.

You are not connected. Please login or register

A Japanese woman accused of killing her five-year-old daughter has told police she also used to trap the child inside a running washing machine.

The woman admitted that she had several times covered Mone's mouth with adhesive tape, tied up her hands and legs and made her sit in a water-filled washing machine, sometimes turning the machine to spin, the Asahi daily reports on Wednesday.

She would also tie the child to a shelf with her arms spread out and hang water-filled buckets from them, leaving her in the position for hours, it said.

Citing unnamed police sources, the Asahi said Egashira had divorced from her husband in 2008 and had escalated the abuse against the child after they moved to a new apartment in May.

I moderate in Indigo otherwise I am expressing my own opinion
Current date/time is Thu Oct 22, 2020 3:37 am